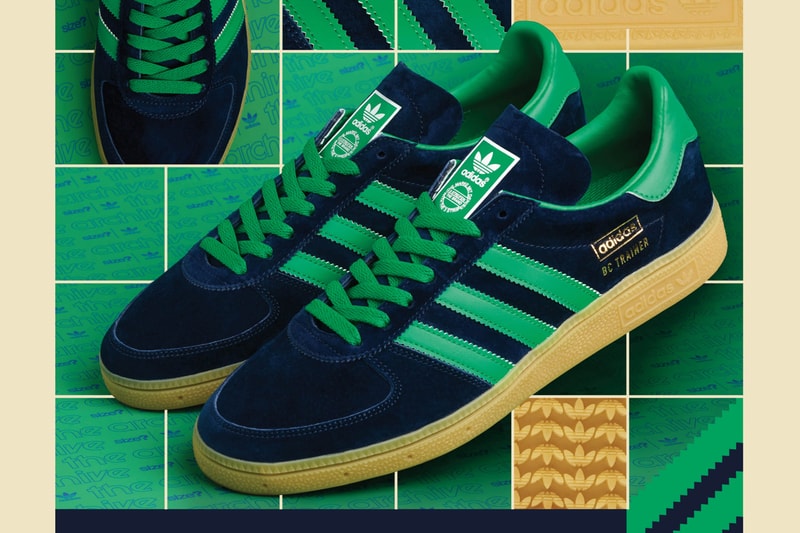 size? and adidas Originals are picking up right where they left off at the end of 2019 thanks to another exclusive take on the BC Trainer. Dressed in a navy and green colorway that’s inspired by the adidas AS230, this old-school sneaker relies on crisp colors and a classic shape for its signature look.

Deep navy suede claims the majority of the upper’s real estate, and is accented by crisp kelly green hits on the Three Stripe midfoot branding, heel tab and tongue badge. Green laces add further contrast, and a gold foil BC Trainer embellishment is stamped on the lateral midfoot. A classic gum midsole and outsole with a Trefoil traction pattern complete the look.

When it first released in the ’70s, the BC trainer took its name from the Baltic Cup, one of Eastern Europe’s most regarded handball tournaments. However, due to licensing restrictions its title has been slightly amended since then — but that matters little when the original shape and detailing are both left intact.

The size? adidas BC Trainer “Navy/Green” will release on the size? webstore come January 24 with a retail price of £75 GBP (approximately $98 USD).

adidas Originals has also teamed up with White Mountaineering for two fresh takes on the revamped LXCON.