Sofia Richie has unfollowed her ex-boyfriend Scott Disick on Instagram after he was seen on a date with model Bella Banos.

The 22-year-old model had previously unfollowed Scott’s ex Kourtney Kardashian, 41, back in February.

Her social media cleanse comes amid rumors that the 37-year-old Keeping Up With The Kardashians fixture has moved on from Sofia with the 24-year-old leggy beauty. 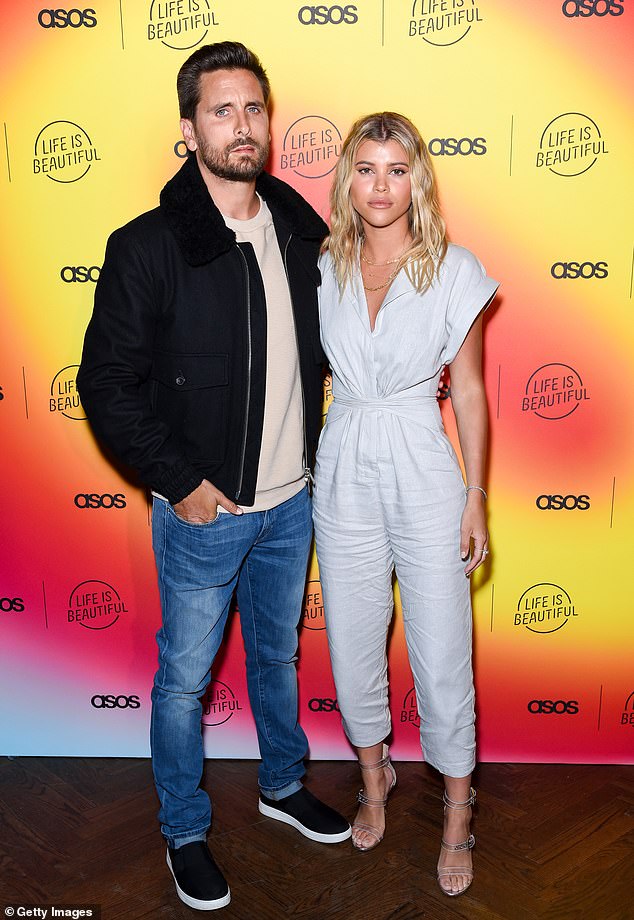 Clearing her feed: Sofia Richihe, 22, has unfollowed her ex-boyfriend Scott Disick on Instagram, following their breakup in May; shown in April 2019

A search of the accounts that Sofia follows confirms that Scott is no longer among them.

Sofia seems ready to move on and not be ambushed by photos of her ex. However, it seems Scott has already made the move to unfollow Sofia.

The exes first began their relationship in May 2017, and they managed to reach a detente with Kourtney and traveled together on family vacations with her and her three children with Scott: Mason, 10, Penelope, eight, and Reign, five.

But the relationship hit a speed bump in May when Scott briefly checked himself into a rehab facility, allegedly to work on issues related to the deaths of his parents. 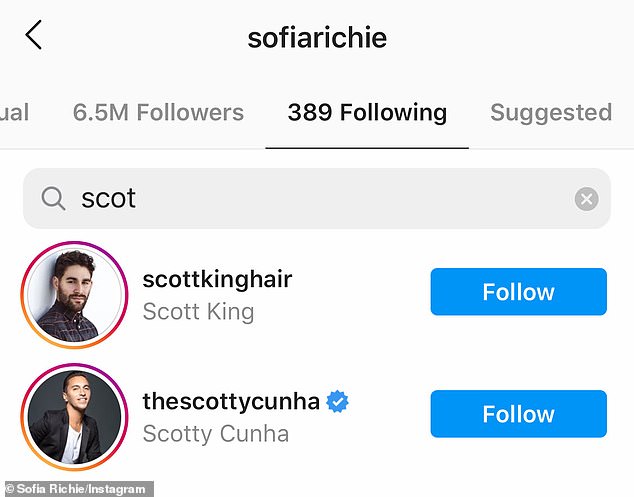 Nothing to see here: A search of the accounts that Sofia follows confirmed that Scott was no longer among them

Cleansing: The model previously unfollowed Kourtney Kardashian back in February 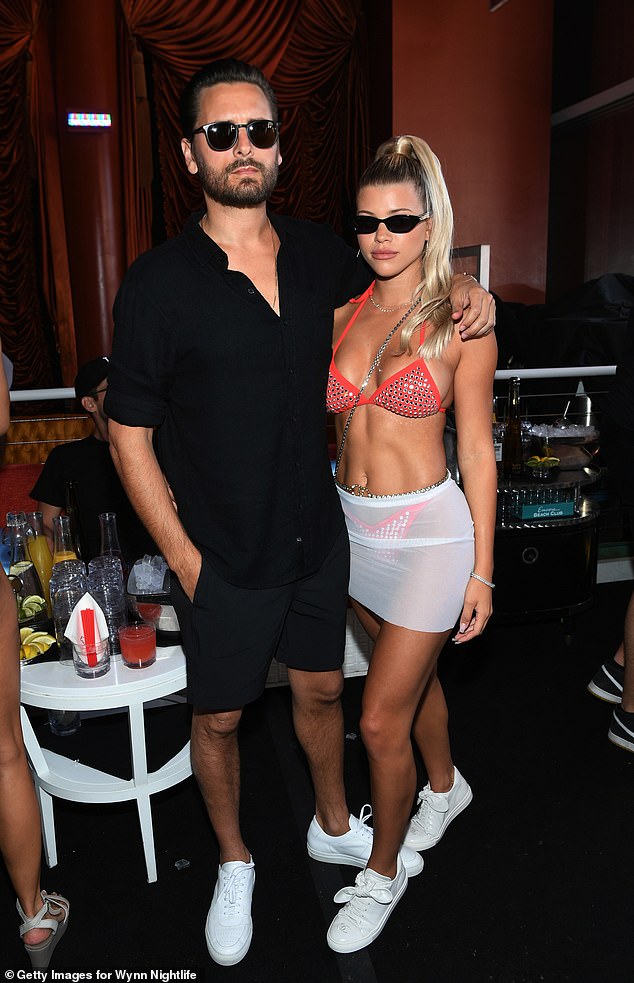 On–off: Sofia and Scott split after his short-lived rehab stint, but they seemed to reunite for the Fourth of July, before splitting again; shown in August 2019

The reality star and Sofia split shortly after he checked himself out after less than a week, but the couple seemed to be on the men as they reunited in July and spent Independence Day together.

The relationship wasn’t long for the world, though, and they separated later that month.

Since then, Sofia has been spotted being affectionate with a mystery man and hanging out with her old friend Jaden Smith, whom she has previously dated.

The model has mainly been spending quality family time with her father Lionel Richie and her sister Nicole Richie amid the coronavirus pandemic. 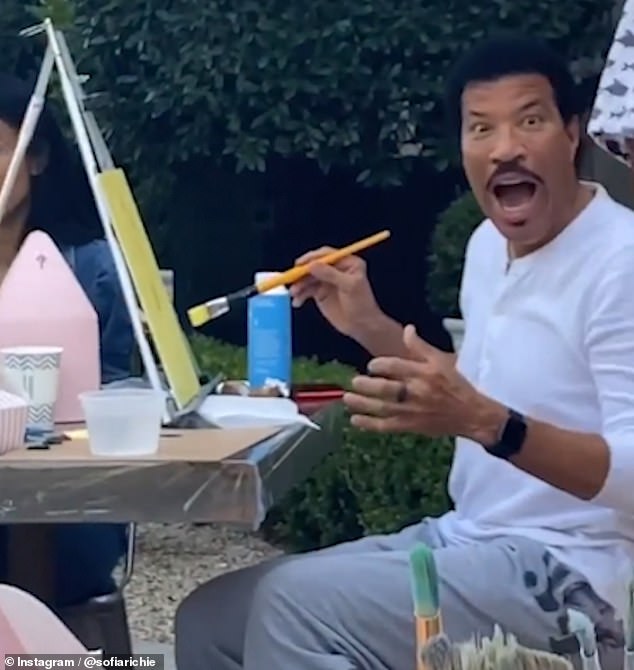 Family time: Since then, Sofia has been getting cozy with a mystery man and spending time with her family, including her father, Lionel Richie 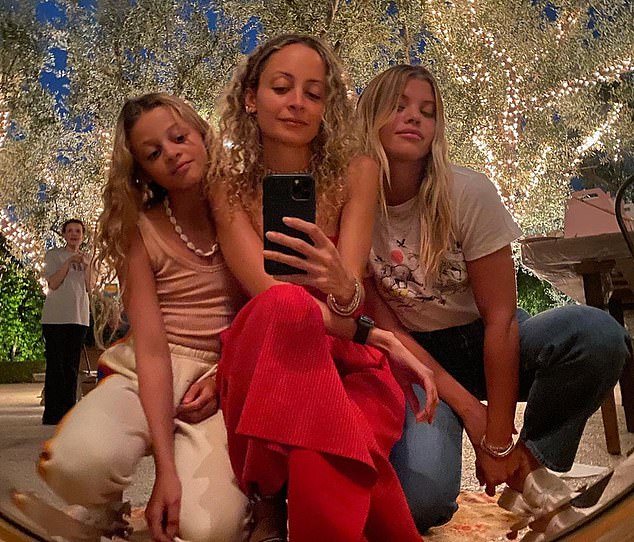 Sisters: She shared a sweet photo of herself with her older sister Nicole and her niece Harlow

Kim Kardashian misses being brunette after showing off red hair

Meanwhile, Scott and Bella have a history going back to 2017, when they briefly dated and took a trip to Costa Rica, shortly before he began his relationship with Sofia.

Shortly afterward, Bella spoke to InTouch about her relationship the Talentless founder, saying: ‘Scott calls me his girl and we have said “I love you.”

‘At first, Scott was just my friend. But he got to know me on a different level. We’re super connected,’ she added.

‘Scott will call and say, “I miss you. I want to see you.” He always flies me to wherever he is. We spend so much time together.’ 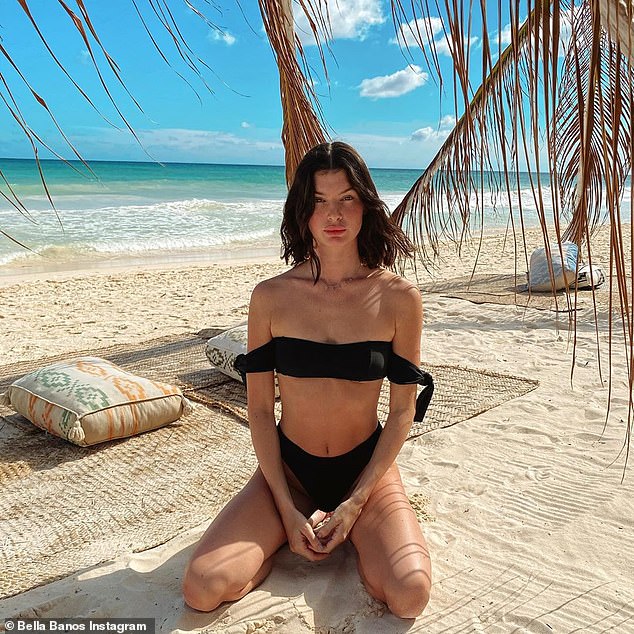 Recently, Scott has been spending time with another model, Bella Banos, 24, whom he briefly dated and traveled to Costa Rica with in 2017. 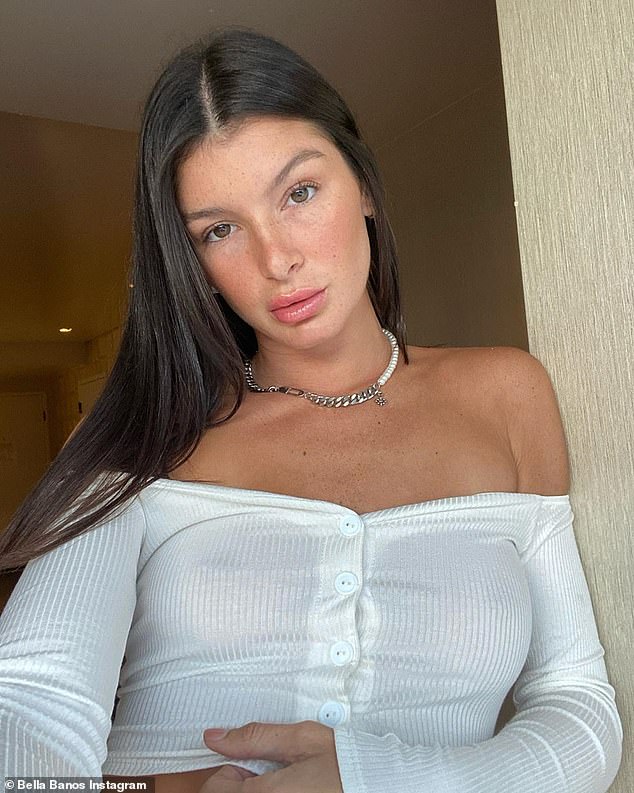 Catching Scott’s eye: The two seem to have reunited and have been spotted spending time together

Like some of his trips with Sofia, the Flip It Like Disick star was vacationing with Kourtney and the kids, though Bella said the Poosh founder wasn’t upset by her presence.

On a recent episode of KUWTK, Scott confessed that he was feeling exhausted after some family sports, prompting Kim Kardashian to urge him to get checked out by a doctor.

The former model, who was still dating Sofia when the episode was filmed, later learned his tiredness was due to low testosterone levels.