She is widely known as one of the BFFs of fashion magnate and social media personality Kylie Jenner.

And over the past week, Stassie Karanikolaou has been sharing a number of snaps from her new year’s trip to The Bahamas.

The 23-year-old social media model showed her 9.5 million followers nearly every inch of herself as she shared a roadside picture on Friday.

Hot stuff! On Friday, Kylie Jenner’s BFF Stassie Karanikolaou posted a snap from her tropical getaway to The Bahamas showing her displaying her impressively sculpted figure in a matching black bikini top and bottom

The media personality was seen wearing a black bikini top that allowed her to show off much of her cleavage and her toned tummy.

She paired her top with a matching high cut bottom that highlighted her sculpted curves and legs.

The model also wore a patterned head cap on top of her flowing brunette hair, much of which was allowed to fall down past her shoulders.

She accessorized with a single gold bracelet for the photoshoot. 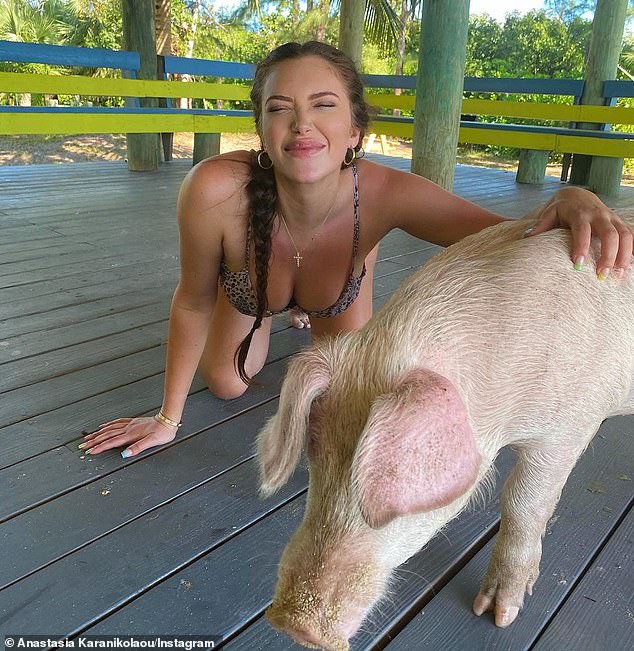 Vacation: The social media personality has been posting a number of snaps throughout her extended rest period including one where she was seen hanging out with a long-snouted friend she had made

The media figure has been joined by fellow social media personalities Kelsey Calemine and Victoria Villaroel on her tropical trip, which the three have documented on their respective social media outlets.

Earlier in the week, the model posted a photo depicting her lounging with Calemine in a private jet.

Karanikolaou and her pal both appeared to be having the time of their lives as they hung out together in a personally chartered aircraft. 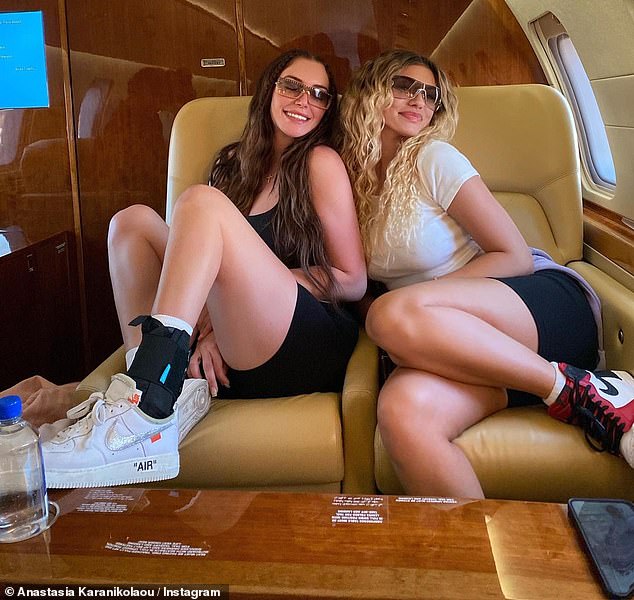 Had to get away: Karanikolaou has been joined on her trip by a number of her gal pals including Kelsey Calemine; the two are seen hanging out together on a private jet

The social media personality recently made it through the wave of cuts that were made to Kylie Jenner’s Instagram following list.

The media magnate dropped a number of figures from her list, notably including her longtime pal Sofia Richie.

Jenner now mostly follows the accounts of her extended family and various fan pages dedicated to her, along with a sprinkling of close friends such as Karanikolaou.

Jenner’s BFF has not made any comment regarding the social media culling as of yet. 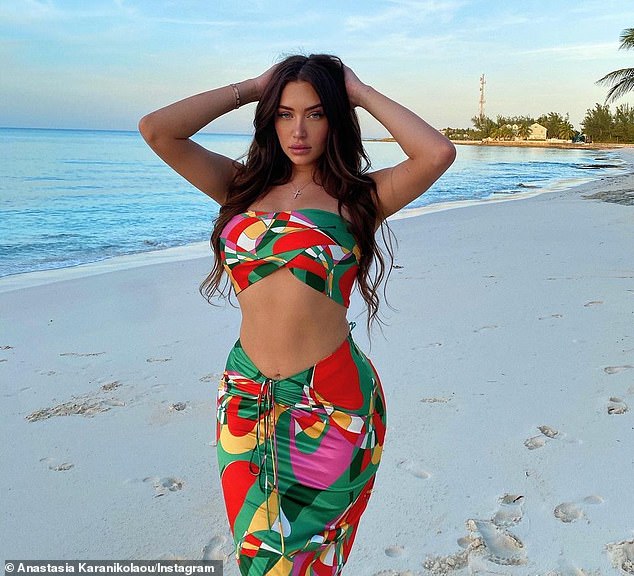 Staying in place: The social media figure was not included on the list of accounts that Jenner unfollowed during the week