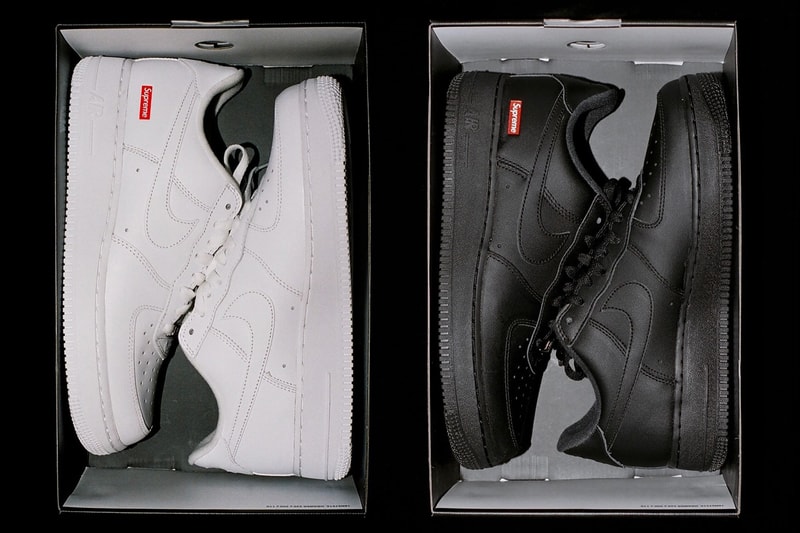 Supreme has revealed its latest Nike collaboration: two takes on the Air Force 1 Low. Following closely behind the brand’s first lookbook photo from its SS20 campaign, this duo of low-cut Air Force 1s mix Supreme’s signature box logo with quintessential monochromatic palettes to make a statement about the power of branding.

Arriving in crisp white and stark black styles — the AF1’s two most famous colorways — each pair presents a tonal leather upper. The only difference from in-line releases is provided by the small red Supreme box logo debossed onto the heel. Apart from this small-but-potent piece of branded flair the style is left unchanged, with details like standard lace deubres, midfoot Swooshes, perforated toeboxes and midsole Air branding retaining their classic ethos.

The Supreme x Nike Air Force 1 Low “Black” and “White” will both release in the coming months as part of Supreme’s SS20 season. An exact drop date and retail price have yet to be announced.

For more from Supreme, get a look inside the brand’s San Fransisco outpost with skater Lui Elliott.