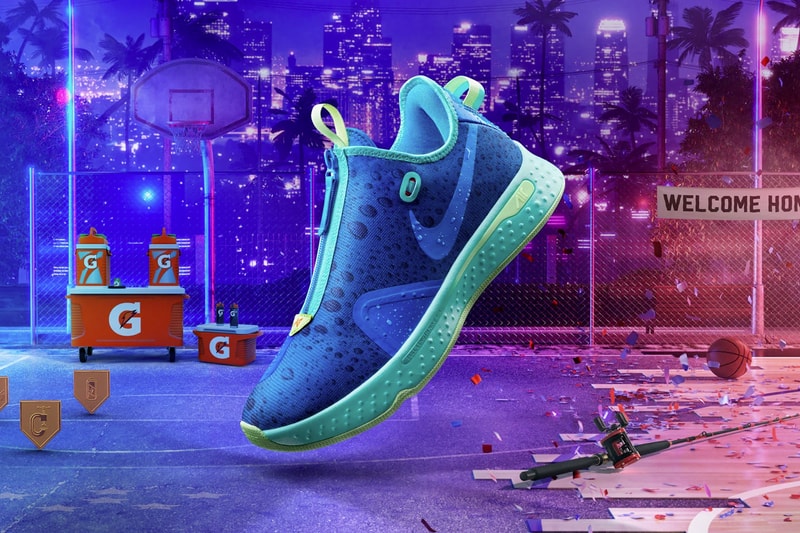 Building on its ties to NBA 2K20, Nike and Gatorade have teamed up once again on an alternate colorway Paul George‘s PG4 signature shoe.

A Nike Gamer Exclusive, the PG 4 “Gx NBA 2K20” GE  is based inspired by Gatorade’s new Gx sports fueling system and the bright tone associated with the Cool Blue flavor. The defining bold blue is expressed on the upper shrouded by a zipper-equipped shell comprised of a woven textile with a fused overlay on the lateral side marked with a droplet graphic and a breathable mesh on the medial side. Hidden underneath the sheath is a neoprene base with a matching lacing system.

The limited-edition Gatorade x Nike PG 4 “Gx NBA 2K20” GE will be available to gamers January 18 at 12 p.m. PST that find a special billboard in NBA 2K20’s “The Neighborhood.”