Travis Scott was mobbed by a throng of adoring fans after announcing his whereabouts on social media on Tuesday.

The rapper, 28, caused quite the commotion as he stood in the middle of a Los Angeles street, surrounded by young adults eager to take photos of him.

Despite all the love being shown to him, security was eventually forced to intervene and distance him from the crowd.

‘Imma be posted corner of Fairfox and Oakwood’: Travis Scott was mobbed by a throng of adoring fans after announcing his whereabouts on social media on Tuesday

It all started after Travis tweeted on Tuesday afternoon, ‘Imma be posted corner of Fairfax and oakwood on tilt…!!’

Fans heard the call, and headed directly to the neighborhood in order to meet their idol.

Even with his face mask, sunglasses, and beanie on, Travis was quickly recognized by everyone.

Hungry for a chance to meet the music maker, fans rushed to his side with their phones documenting the whole stunt. 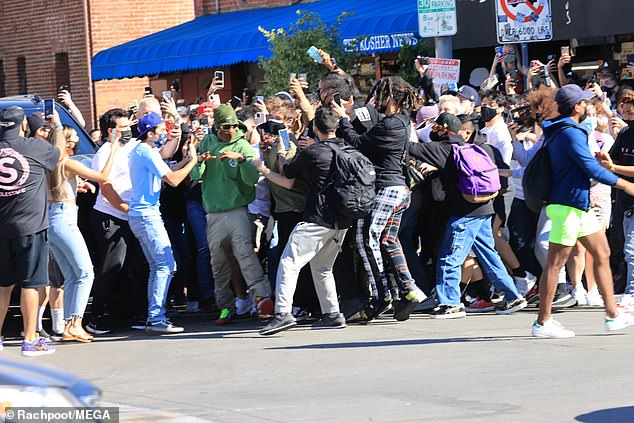 Causing a commotion: Fans hungry to see the rapper rushed into the street 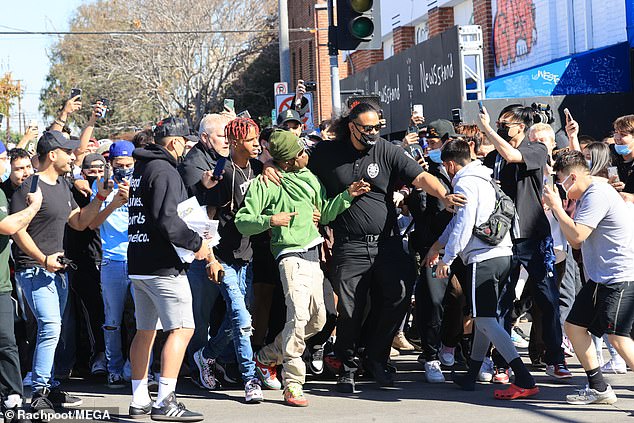 Security intervention: Scott’s security guard helped create some distance between him and the crowd 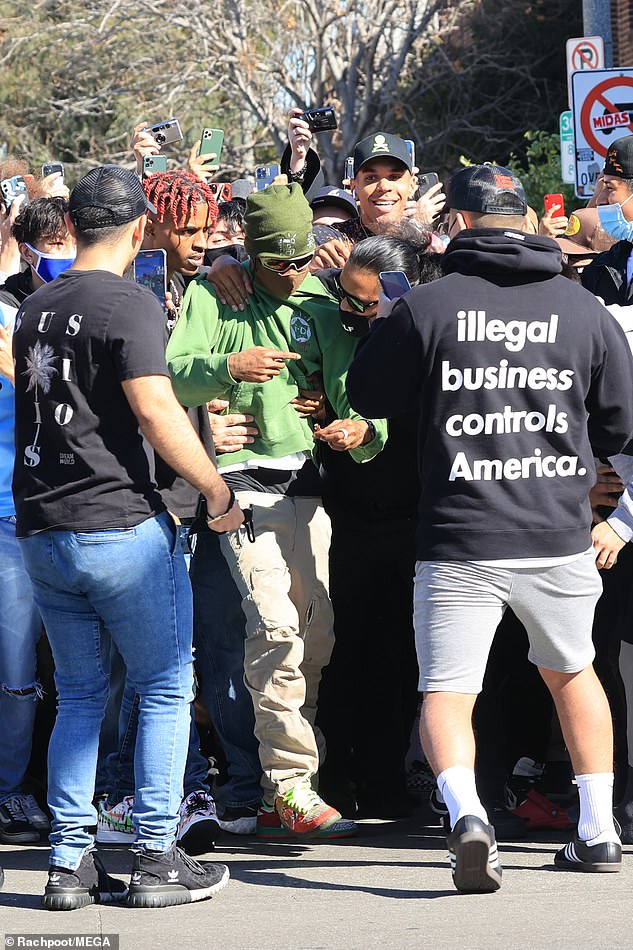 Too close for comfort: Not even the risk of contracting coronavirus could stop fans from crowding their idol

Not even the risk of contracting coronavirus stopped fans from crowding their idol.

Eventually, Travis’ security stepped in, and appeared to pull him away from the throng.

But just because Travis was pulled away didn’t mean the party had to stop.

Travis was still able to interact with fans from inside his car, where he popped out through the moon roof. 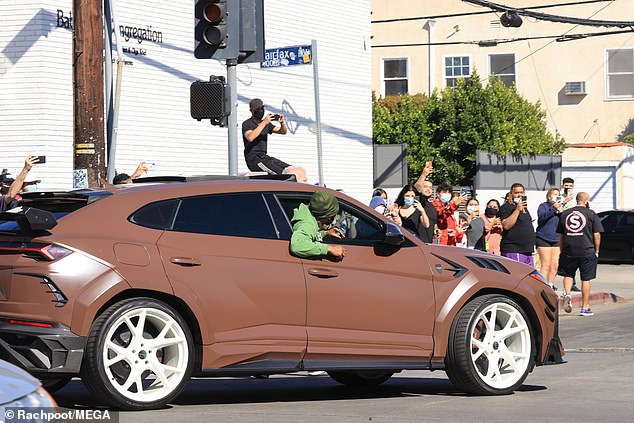 Here he comes! Scott was still able to be with his fans, even from inside his car 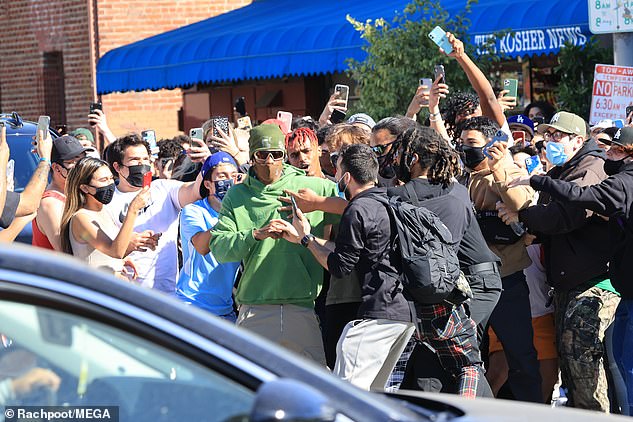 Their idol: The Sicko Mode hitmaker was met by adoring fans 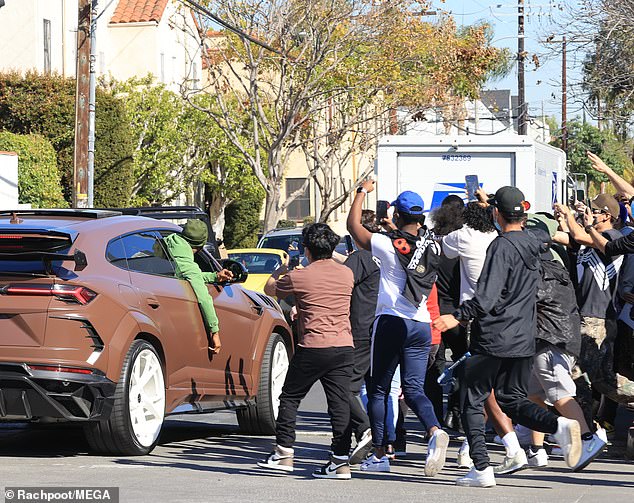 Wait for us! Fans crowded by the rapper’s car 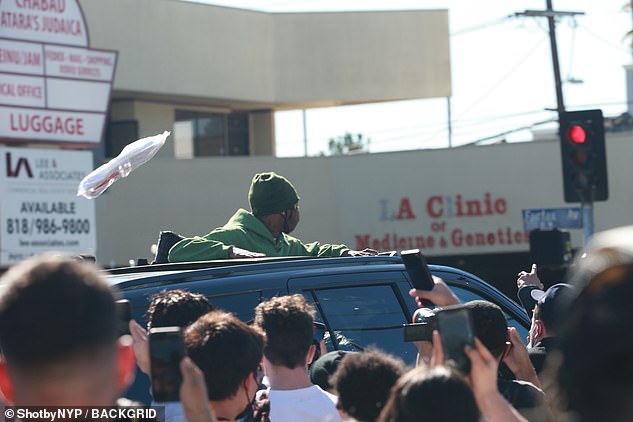 Making an appearance: Scott was still able to interact with everyone through the moon roof of his car

Fans threw various items of clothing his way, and one lucky individual appeared to get his sneakers signed by the star.

The stunt was done to promote his new line of merchandise with i-D, Cactus Jack, a collection of apparel featuring sweatshirts and T-shirts.

There was no sign of Travis’ ex girlfriend Kylie Jenner nor their three-year-old daughter, Stormi Webster.

In a new interview with i-D magazine, the rapper revealed how fatherhood helped him creatively. 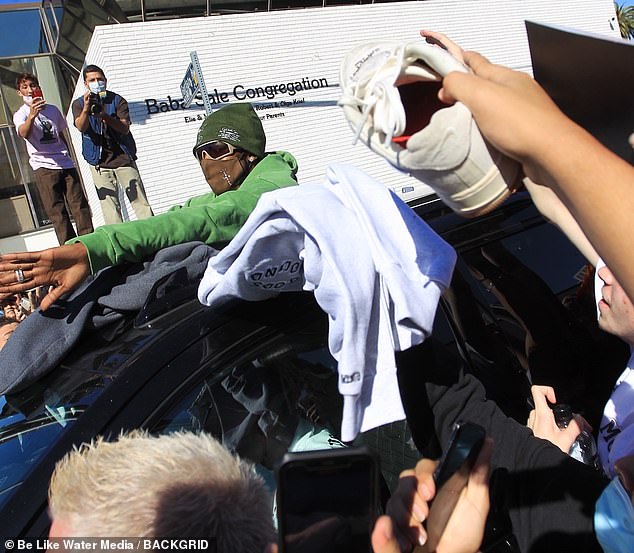 Can I get your autograph? Fans threw various items of clothing his way, and one lucky individual appeared to get his sneakers signed by the star 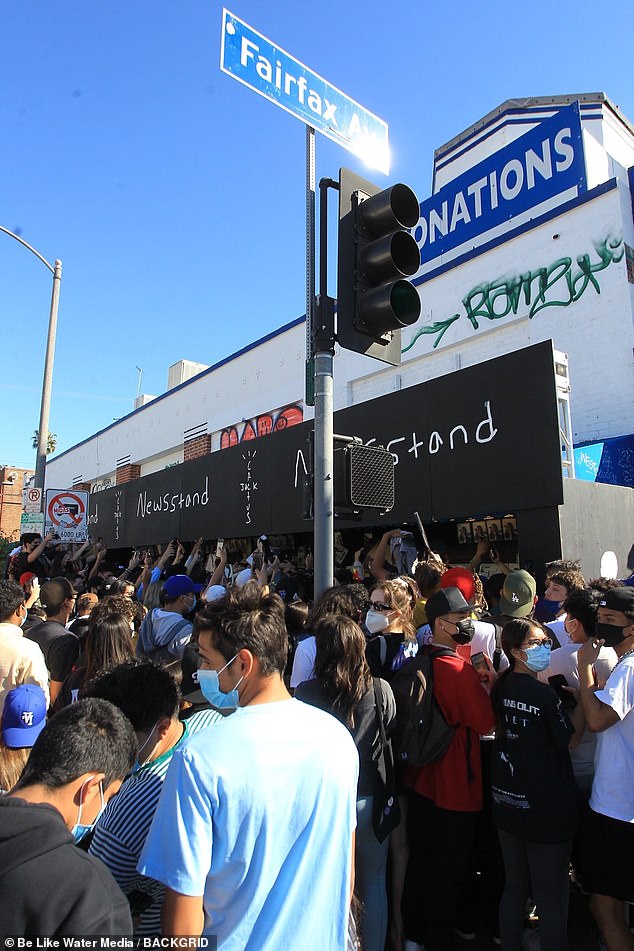 Out now: The stunt was done to promote his new line of merchandise with i-D, Cactus Jack

‘Fatherhood influences my job. It has a huge impact,’ Travis told the Spy Kids director. ‘It’s a major inspiration, you know what I’m saying?’

‘Like, when she watches certain movies or listen to certain songs. Or she watches my concerts on YouTube and she realises she’s there, she’s ready to see now. I realised my job is way more important than what I thought because of her. More responsibility, you know? You’ve got to use that properly.’ 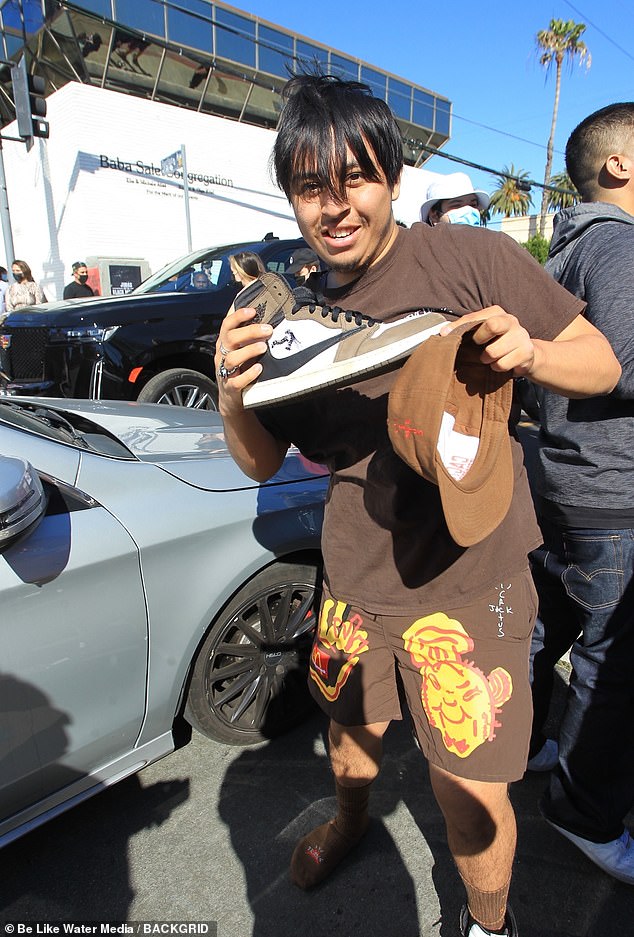 Lucky! One fan appeared to get his sneaker stamped by the rapper

Find me! Scott posted his exact location on Twitter 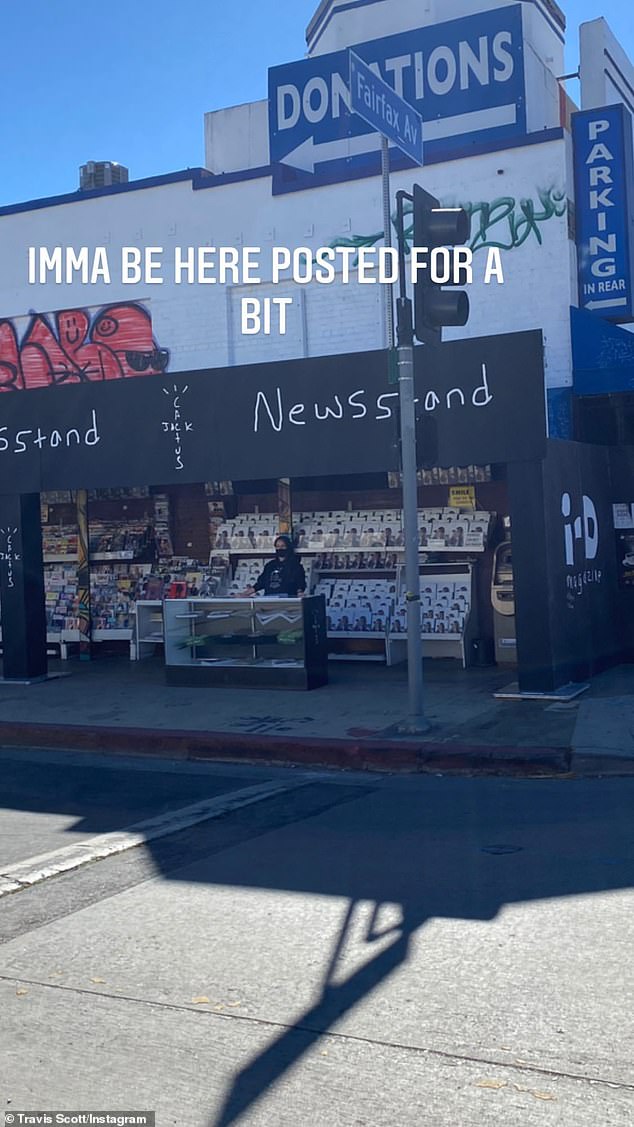 The calm before the storm: Scott posted a photo of the Cactus Jacket stand before it was mobbed by fans