Tristan Thompson gets ejected for trying to slap opposing player’s derriere during Cavs-Grizzlies game: ‘It was just a little competitive spirit’

He famously got the boot from ex-Khloe Kardashian after he was caught kissing Kylie Jenner‘s former best friend, Jordan Woods, at a party last year.

And on Friday, Cleveland Cavaliers forward Tristan Thompson found himself getting the boot from his team’s game against the Memphis Grizzlies for trying to slap an opposing player, Jae Crowder, on the rear end.

Turns out the two players are former teammates who played together for part of the 2017-2018 season with the Cavs, and have had a competitive streak with each other ever since.

Scroll down to videos 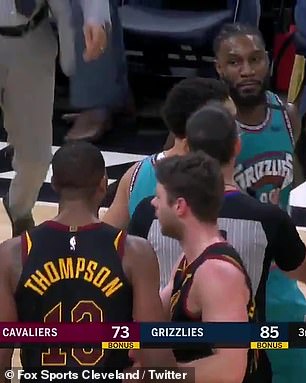 The boot: Tristan Thompson got ejected from the Cavaliers-Grizzlies game on Friday for trying to slap opposing player Jae Crowder’s derriere

The incident happened just after Thompson made his first of two free throws to cut Memphis’ one-time 21-point lead to 12.

Crowder was walking near the free-throw line to come out of the game, when Thomson went to give him a pat of the backside, which he immediately tried to fend off by slapping his hand down.

The referee closest to the action let the gesture slide, but another ref blew his whistle and gave Thompson his second technical foul, forcing out of the game. 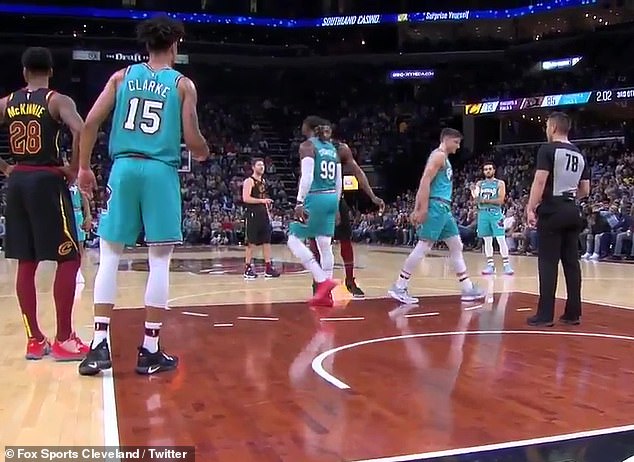 play-by-play: The incident happened just after Thompson made his first of two free throws to cut Memphis’ one-time 21-point lead to 12 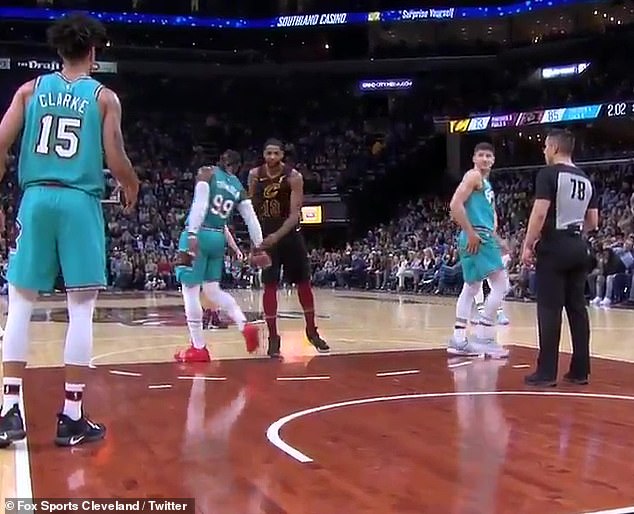 The foul: Crowder was walking near the free-throw line to come out of the game, when Thomson went to give him a pat of the backside 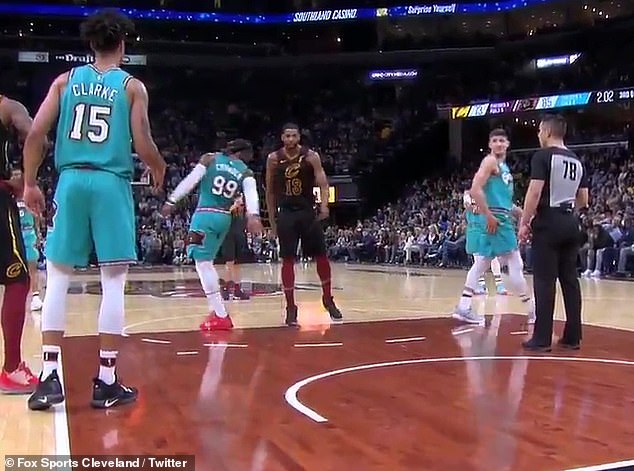 Take that! Crowder immediately tried to fend off Thompson by slapping his hand down

The two players then exchanged a few words as players gathered around them. Within about 10 seconds, Crowder headed back to his team’s bench, while Thompson expressed his frustrations on the court.

After demanding an explanation from the referee, he started to jog towards the locker room.

‘Former teammate of mine. So we have history and it was just a little competitive spirit,’ Thompson explained when asked to explain the incident.

‘They might have taken it the wrong way probably because they forgot that, I don’t know, we were teammates for half the year, so it feels like playing anyone else, like if I was playing Kyrie [Irving] or something. The same thing. They teched us. I’m definitely calling the PA (Players Association) to appeal that — one thousand percent.’ 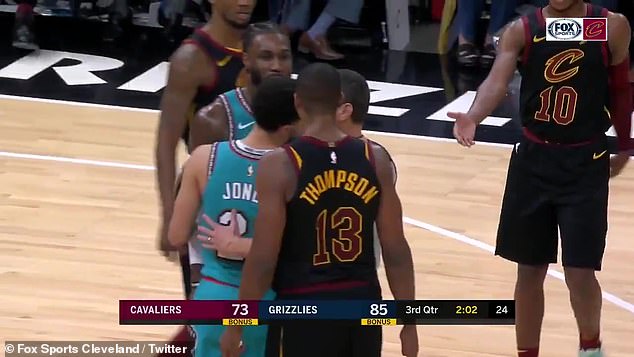 Jawing: The former teammates exchanged some words after the incident 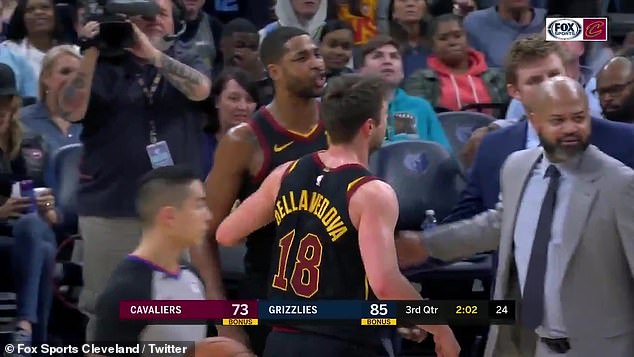 Out of here! Thompson was held back by teammates and coaches after his ejection

After the game, lead referee Kenny Mauer confirmed that he issued the second technical solely for ‘the physical taunt, the slap to the backside of Jae Crowder.’

The Grizzlies ended up holding on and winning the game 113-109.

Kim Kardashian shares throwback snap of herself with mom Kris

Thompson and Kardashian started dating in August 2016. It all came to a crashing halt after the the kissing incident with Woods in March 2019. 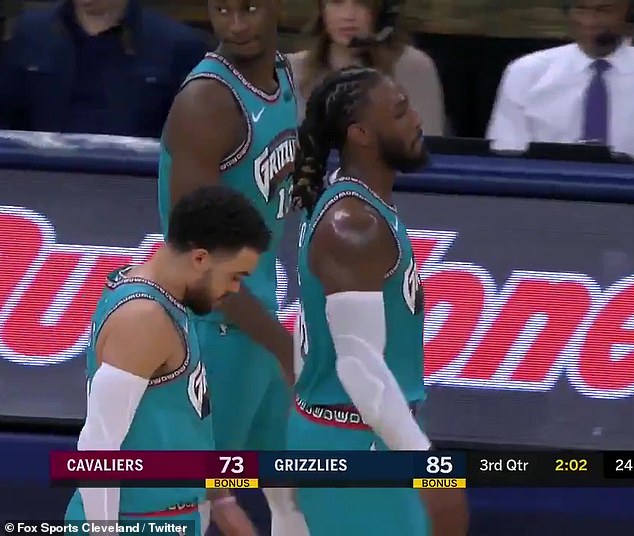 Defusing: Within about 10 seconds, Crowder walked off the court to his team’s bench 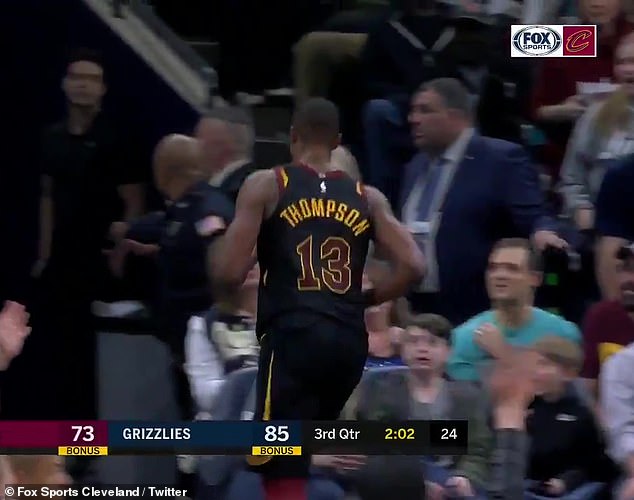 Defusing: After demanding an explanation for his technical foul and ejection, Thompson ran off the court to the locker room 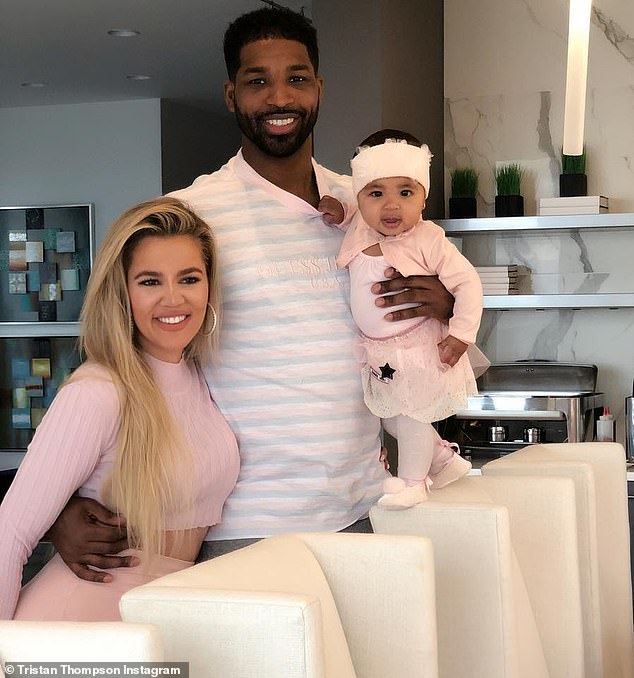 Appealing: Thompson said he would appeal the ejection and fine that comes with it; he is pictured with former ladylove Khloe Kardashian and their one-year old daughter True