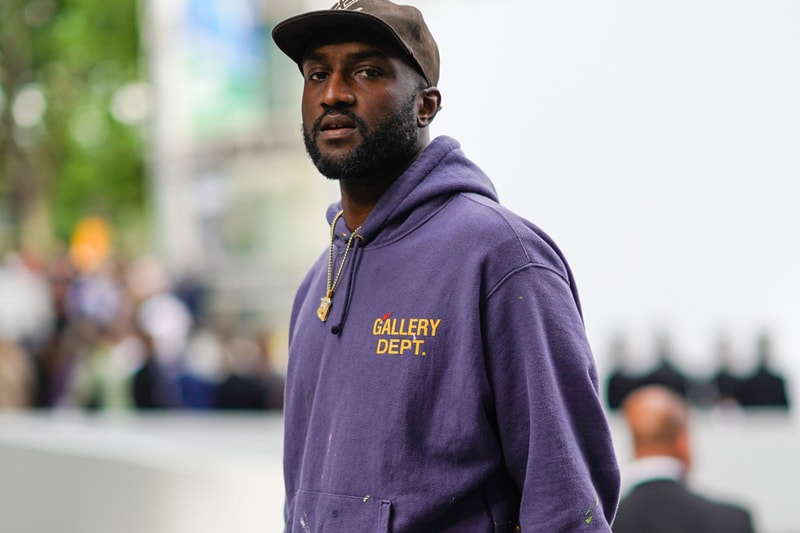 A clear look at the design has not yet emerged, but it appears to feature an amalgamation of the blue upper from Abloh’s Off-White™ x Nike Air Force 1 “MCA” and the overlaid lacing system from his Off-White™ x Nike Dunks. This tonal upper is equipped with the “MCA” silver Swoosh, white laces and white Helvetica branding on the medial midfoot. Midsoles are dressed in black, and feature a white “AIR” hit on the lateral side. The overall palette falls complements the Louis Vuitton FW20 “Heaven on Earth” collection ethos, thanks to its sky blue base tone and cloud white accents.

Virgil Abloh spotted in a new Off-White x Nike Air Force 1 at the Louis Vuitton FW20 show We have no idea whether this is a one-off custom or not but what’s your thoughts on these? Cop or drop?

It’s likely that this hybrid design is either a one-off creation or a pre-production sample that may not make it to retailers, much like the snakeskin-equipped Off-White™ x BAPE Bapesta that Abloh sported during Louis Vuitton’s FW19 presentation during Paris Fashion Week 2019. However, nothing has been confirmed or denied by Nike or Abloh himself, unsurprisingly.