Peter Andre regrets quitting his noughties reality show after seeing the success of Kim Kardashian and her famous family.

The former singer, 47, became the star of ITV2 series Peter Andre: The Next Chapter, later known as My Life, in 2004, which saw cameras follow his every move.

He quit his fly-on-the-wall show, which included spin-off Katie & Peter with his ex-wife Katie Price, after 10 years amid fears its high ratings would eventually plummet. 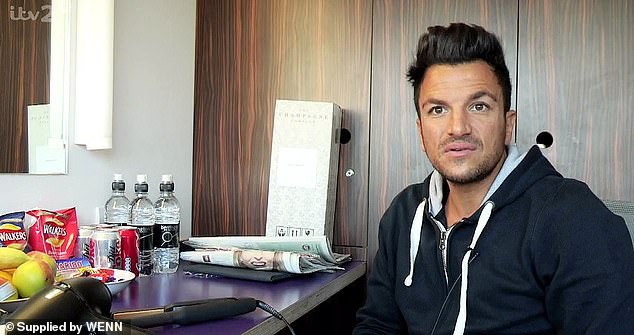 ‘Maybe we finished way too soon’: Peter Andre regrets quitting his reality series after seeing the success of Kim Kardashian and her famous family (pictured on his show in 2013)

Almost a decade later, Pete has expressed regret over finishing the show at season 10 after basing his decision on the end of The Osbournes and their iconic family-based MTV series.

He told MailOnline: ‘The reality show that I did started in 2004 and we were the second people to do it.

‘The first family to really do it were The Osbournes and we always said we would do up to 10 series and then we’d quit because that’s what The Osbournes did.

‘I thought if you kept going you’d lose ratings and we were really high in our ratings, it was the highest on ITV2 at the time and I thought we’d quit while we’re ahead. 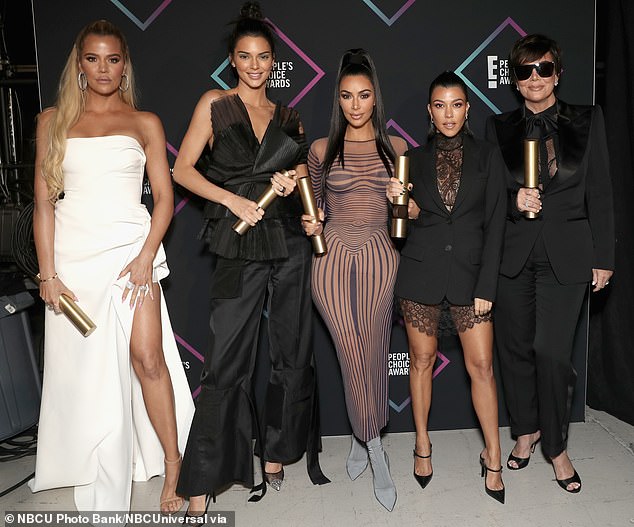 Error in judgement: Pete gave up his reality show after season 10 but has since seen the Kardashians (pictured in 2018), who are on their 18th series, ‘get bigger and bigger’

Keeping Up with the Kardashians returned to E! with their 18th series this year – while Pete has started again with a brand new reality series, Life With The Andres.

Pete explained being on camera has always come naturally to his two eldest children, who were ‘born’ into the limelight after having him and former glamour model Katie as parents.

He said: ‘J and P, you can forget it these kids are taking over. In a weird sort of a way they have been born into it whereas Theo and Millie [Amelia] never have. 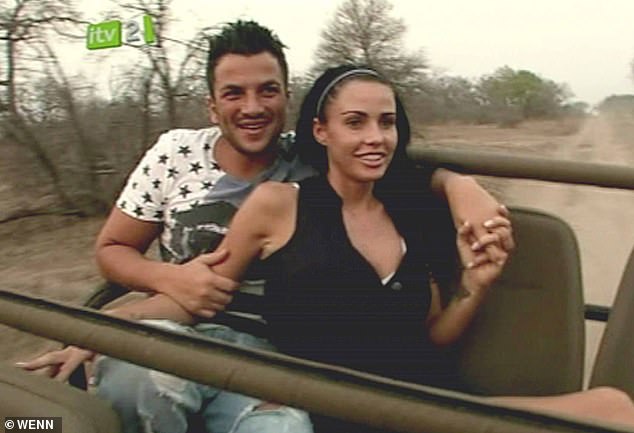 Throwback: Pete became the star of reality show Peter Andre: The Next Chapter, also known as My Life, in 2004, which saw cameras follow his every movement and later that of Katie Price

‘I tell them “it’s so you don’t have to feel like you’re in it” but they say “well we’re going to come say hello whether you like it or not.”‘

But Pete is still keen to keep his children shielded from the spotlight for as long as possible after banning Princess from having a public Instagram page until she turns 14.

He said: ‘This is the deal I’ve made with her. Junior wasn’t allowed to have Instagram until he was 13 and then he had to have it private, so she can have it at 13 but it has to be private and at 14 she can make it public.

‘They have a year to show the kind of things they want to post. She’s not allowed her phone in her room and Junior has only been allowed his phone in his room since he turned 14. I’m trying, it’s not easy but I’m trying.’ 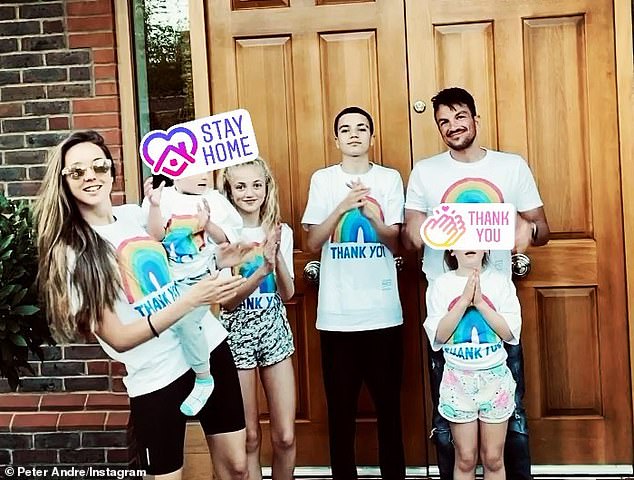 Famous family: Pete has launched a new reality series which stars his wife Emily, 30, their children Amelia and Theo and his eldest two Junior and Princess from his marriage to Katie

Pete, who has partnered with the Joy of Moving programme to launch a series of fun games for families to do at home, has been practicing his hopscotch and keep-ups in lockdown with Junior and Princess.

He said: ‘For me one of the things that I’ve found difficult is keeping my kids active – Millie and Theo, forget it, they’re active all day running around.

‘When this campaign came about – to encourage parents to get their children moving through playing – we thought OK and there were games like hopscotch and things you wouldn’t think about doing necessarily now because time has changed.

‘But the kids got into it and they loved it and the whole reason for this campaign is because they found out that 53 per cent of children in the UK don’t meet the recommended guidelines.’

Peter has partnered with the Joy of Moving programme to launch a series of fun games and activities for families to do at home to encourage moving through play. 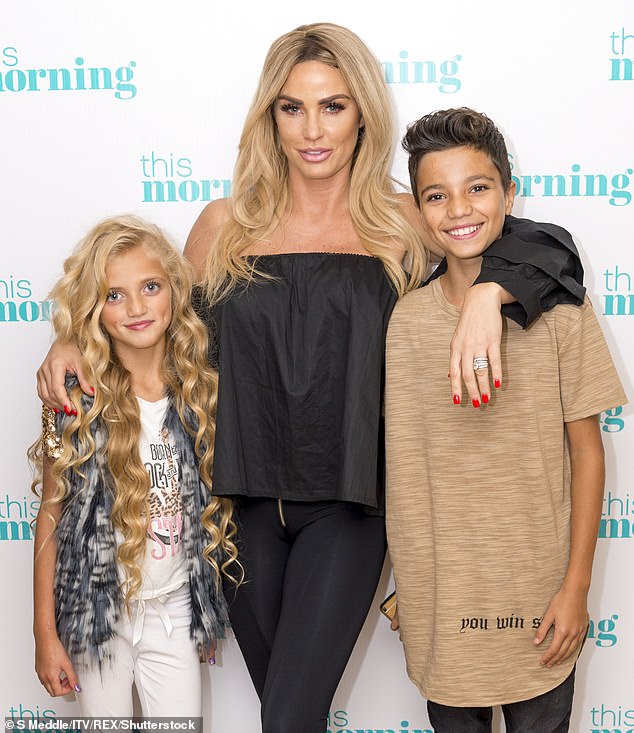 ‘Born into it’: Being on camera has always come naturally to his two eldest children who were ‘born’ into the limelight (pictured with Katie, 42, in 2017)