Zac Hanson reveals wife Kate is pregnant with their FIFTH child and due in March: ‘Here’s to fresh starts and new beginnings’

Zac Hanson is about to be a father again.

The 35-year-old musician announced to People that his wife Kate is pregnant with their fifth child and due in March.

‘We’re so happy and thankful for the things 2020 got right, especially this little guy coming in March!’ gushed Zac. 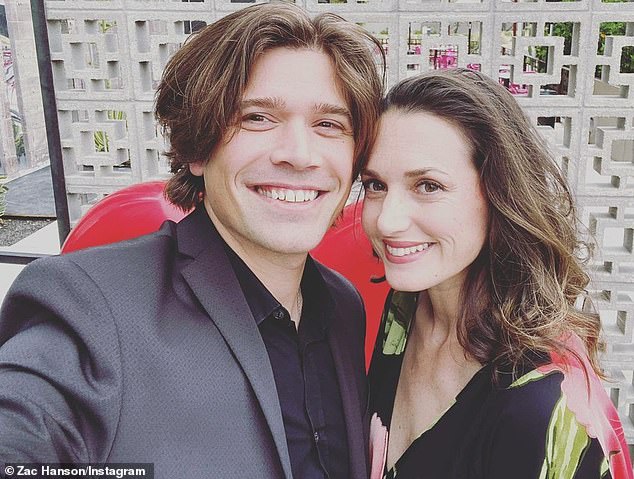 Baby on board: The 35-year-old musician Zac Hanson announced to People that his wife Kate is pregnant with their fifth child and due in March

The singing sensation, who rose to fame in the band Hanson with his elder brothers Taylor and Isaac, added: ‘Here’s to fresh starts and new beginnings.’

Zac and Kate became a couple in 2001, got married five years later and then went onto welcome four children into the world.

Zac was only six years old when he and his brothers formed the band Hanson which is most famous for its 1997 number MMMBop. 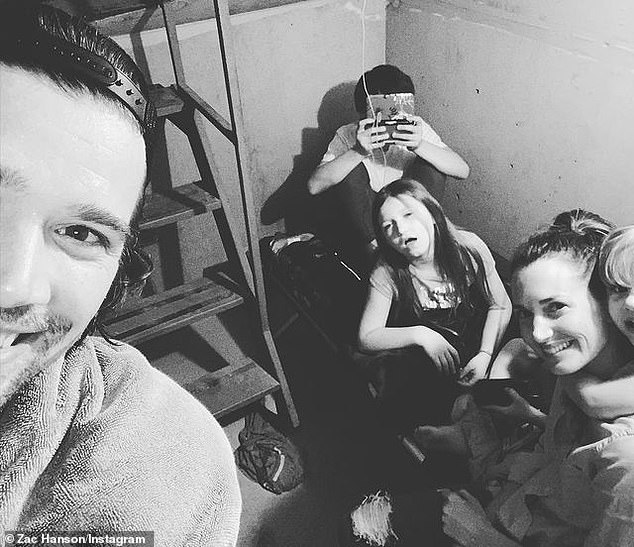 He was only 11 years old when MMBop was released and the number made him the youngest person to get nominated for songwriting at the Grammys.

Taylor has seven children with his wife Natalie, the youngest being their daughter Maybellene who was born only last month, and Isaac has three with his wife Nicole.

In addition to their music career the brothers have also started a beer company that is based in Tulsa, Oklahoma where they grew up.

Zac has spoken to the Today show about the fact he and his brothers are family men whose love lives were not terribly public. 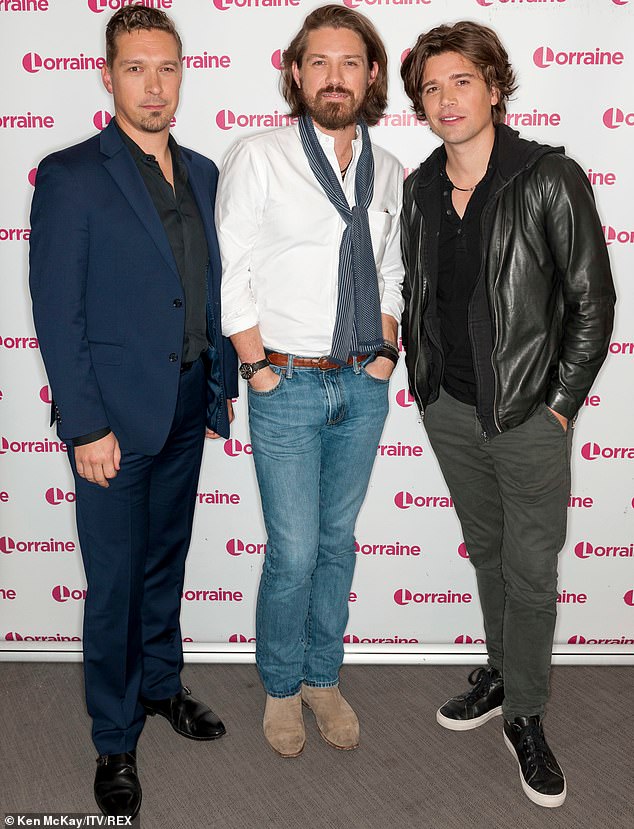 Trio: The singing sensatio who rose to fame in the band Hanson with his elder brothers Taylor (left) and Isaac (right); pictured at Lorraine in 2019

Khloe Kardashian insists she is NOT dating Tristan Thompson

‘We’ve made choices to be defined not by who we are, but the things that we make,’ said Zac more than three years ago.

‘When people think of MMMBop, they don’t go like: “Oh, that guy was dating Kim Kardashian or I saw him on TMZ,”‘ he shared.

‘They think of the music. It’s not by accident. It’s by design,’ said Zac, who plays multiple instruments as well as singing.